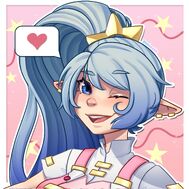 Yume Shiawasena (幸せな 夢), is a sweet hyperactive girl who loves to interact with people. She is very social and tries to befriend everyone.

She is an alien girl, from an unknown planet. She came to earth as a teen with her two sisters. And learned to live among the humans, she loves singing and bringing smiles to people. 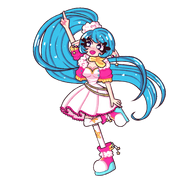