Xiao Meihua (小梅花) is a voicebank for the UTAU program. She is the first character released from JAE VOCAL PROJECT.

Prior to 2014, Xiao Meihua was an adopted OC known as "Ume Kenoia". Her previous version had few illustrations and an MMD model, neither of which are in use.

During 2014, Migi, Purpled, TraInspud, and Mina.Ki were working on their own UTAU projects. Migi was working in collaboration with Purpled to make Ume Kenoia into an UTAU. The surname, "Kenoia", was scrapped and "Ume"/"UmE" became working character names for the Japanese voicebank at the time. Due to the inclusion of a Mandarin Chinese voicebank produced by bajucy, she was also referred to as "Mei Hua" (梅花).[1] It was later decided that "Mei Hua" would be the final name. The rest of 2014 and 2015 were spent developing her vocals and working on demo songs.

Mei Hua was to expected to be released on May 25, 2016 or later. Updates and additional tones, like a "Whisper" voicebank, for the Mandarin and Japanese voicebanks were considered. Other languages, such as English and Spanish, were also possibilities. [2] She was officially released on June 3 as a bilingual vocalist.

On August 4, 2017, her name was changed again due to the development of a sister character and she was given the "Xiao" (小) surname, officially referring to her as "Xiao Meihua".

In 2018, a small update to Meihua's Japanese vocal was released. This update fixed some issues in regards to the oto and her samples.

There was a desire to list the group's UTAUs under one name and at the time of her release, Meihua was not part of a group or project. On January 9, 2018, an official website was launched and listed Meihua and Ser0 under the JAE UTAU PROJECT. Meihua was labelled as JAE-01.

After the acquisition of a new microphone and pop filter, it decided that Meihua would receive updates to her original voicebanks. Mandarin was the first to be recorded, followed up with Japanese. For consistency, she was given two voicebanks for both languages: Natural and Sweet. Natural was similar to the original Mandarin voicebank's tone while Sweet was similar to the original Japanese voicebank. The Mandarin voicebanks were completed in December. It was then confirmed that Meihua's Mandarin 2.0 voicebanks were bajucy's last contributions to JAE UTAU PROJECT before departing the group.[3]

The first few months of 2019 were spent on creating demos for Xiao Meihua Mandarin 2.0. It was later released on April 19.[4] According to the Mandarin update's crossfade video, it was mentioned that the default design is also known as the "Chinese design", implying that additional designs may be present in the future.[5] The Japanese update was still in production at this time.

On June 28, it was revealed that Meihua would be receiving two CVVC Arpasing English voicebanks: Natural and Sweet. Noted on the group's newsletter, additional language voicebanks for Meihua were considered since 2016. Production for an English release began in 2018, starting with the creation of a new design for the language. Purpled completed this in April 2019. The final design would not be revealed until later. Recording for the voicebanks began after Canary's release and were programmed by bluCitrus in March.[6][7] While a release date for the English voicebanks was not solidified, it was confirmed that they were to be expected in Autumn.[8]

On March 27, 2020, the first demo for Meihua's CVVCV Japanese voicebank was released. A new design for the language was confirmed and would be revealed in the crossfade.[12] A few days later, it was confirmed she would be receiving a new update to her Chinese voicebanks. To be able to use her in DeepVocal, she needed to be recorded in a different method as her CV+VV voicebanks may not be favored by the program. This update was confirmed to be CVVChinese based on Risku's reclist and was expected to release in either 2020 or 2021.[13] Both the DeepVocal and UTAU versions were developed by ryan-kun.[14]

On May 29, Meihua's new Japanese design was revealed through the "Splatter Party" demo. The final art and illustrator would be revealed later on while the voicebanks were expected to release in 2020.[15]

In July 2020, Migi wrote that because he was somewhat familiar with Spanish sounds and phonetics, there was a possibility for a Spanish voicebank for Meihua. He also mentioned Korean, but was doubtful it would be good quality as he was unfamiliar with the language.[17][18] In addition, he confirmed that there were Cantonese Chinese samples recorded, but the sessions never finished.[19] Overall, he noted that Meihua had too much attention around that time period and wanted to shift his workload focus to Xiao Shancha instead.[20] Meihua's Japanese CVVCV voicebanks were released on September 18, 2020.[21]

While her biography was written by her creators, it is not strictly canon. Meihua may be depicted in any way as long as her character and software terms of use are not broken.

Meihua is a shy and sensitive girl who tends to be cheerful and teasing towards her closest friends. She believes that self-expression is important and tries to find ways to be and stay positive. When she sees something or someone that she likes or wants and is asked about it, she often denies that she has any interest. She is a forgetful person and often doesn’t remember what task she was doing if she was interrupted or distracted.

Despite looking adorable, sometimes people find her difficult to approach. They notice her red eyes, often mistaking her as a demon or bad omen. She reacts poorly to people bullying or antagonizing her and would respond with aggressive or violent actions involving a nailed baseball bat. These behaviors tend to reinforce the claims that she and her younger sister, Shancha, are evil demons, even though she would never react in such a way unless provoked. She also has difficulty with making new friends as she is well aware of her violent tendencies and is afraid of hurting her friends or frightening them.​ Sometimes, this leads her to be clingy and rather possessive.

She has a pet blood red corn snake named Edgar (艾德伽; Àidéjiā) . He is a loyal, precious, and endearing friend to her. His owner is very willing to protect him and vice versa.

In September 2015, Meihua received an official Twitter account. This was used to share news in regards to the group's projects before the JAE VOCAL PROJECT account was opened. It is currently used for interaction with fans and roleplaying.

Official merchandise can be found on the JAE VOCAL PROJECT Storenvy and Redbubble.[22][23]

She has an official Mii provided by Migi on the JAE VOCAL PROJECT website.[26]

Japanese with background by Reishichi

English with background by Riisago 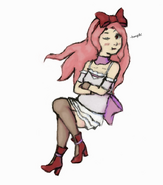 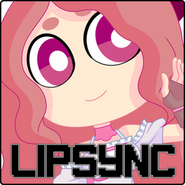 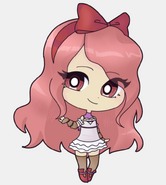 Retrieved from "https://utau.fandom.com/wiki/Xiao_Meihua?oldid=213131"
Community content is available under CC-BY-SA unless otherwise noted.