・ Optimum: D#3~B5 (according to ReStar voicebank)

On January 2011, Yko released an UTAU named Waiko. Waiko's first cover was 'Melt' by supercell with a PV, but the video is private by now due to Yko's personal reasons. Her most known cover is Ievan Polkka, which reached 90K+ views on YouTube. On Waiko's 1st anniversary, Yko released Waiko's Sweet Append.

On December 2020, Yko released Waiko's Re-Dolce voicebank, with a cover of OSTER Project's Animal Crossing Bubblegum K.K. arrangement, along with Ui Mochion. On December 16th 2020, Waiko Forte was released along with Utaya's ACT3 with an MMD cover of GigaP's BRING IT ON.

Waiko's design is based on white, black, and orange, and is designed with the theme of "star" in mind.

Personality: Waiko is cool and calm. She can be a bit harsh and sometimes selfish but affectionate towards people she likes. Perfectionist and hates losing and easily gets jealous, but rarely shows it.

She drinks many bottles of milk and does sports (she's good at swimming) every day to get taller, but still remains short …

Despite her cool and calm attitude, she likes to sing girly songs and admires cute idol figures like Hatsune Miku.

Dislikes: Being called short and flat-chested; being treated like a kid.

Certified true from Waiko's creator, Yko. Please do not change anything without Yko's permission. 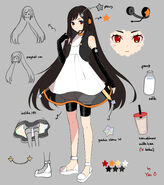 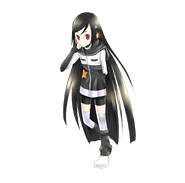 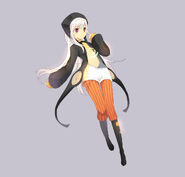 Add a photo to this gallery
Retrieved from "https://utau.fandom.com/wiki/Waiko?oldid=215160"
Community content is available under CC-BY-SA unless otherwise noted.