Vida20 (ヴィダ20) is a voicebank for the UTAU program.

Vida appeared spontaneously when Nuigurumi got access to a good microphone. In general, initially, she wanted to record a growl and something impudent, screaming, but the recorded bank, of course, was not one. After recording, she began to think whose voice it would be. The Diva option was considered, but Nuigurumi did not represent her in a different way and decided to radically change the character, creating, almost new, changing the name and design, however, she felt a little sorry, yet it turned out to be a completely new character. After sitting, thinking, twisting the name of Diva in his head, changing the letters in it, at some point there was a “look” and that’s all, a new character was invented.

Vida - funny naughty girl, very cheerful and lively. It likes to chat and flirting with everything that is moving. However, despite all this, she's very shy. So when she does something without thinking (mostly flirting), then been very confused.

All the provisions below shall be applied to the voicebank, Vida20. 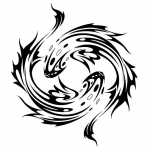