He sounds much better in low pitches or medium pitches, so he is not recommended to high pitches, even though he can reach high notes beautifully.

In order to make Speedy Torane CV sound better, you should use the flags H20Y20C50 in the notes, with no need for flags in the Project Properties. Also, if the song is high-pitched, you should put the notes one or two octaves down.

For Speedy Torane Voyage [Actrade2], it is adviced that you use the TIPS resampler. If the song is too high-pitched, you should pull the notes one or two octaves down.

on Speedy Torane Kanjou most of the resamplers sound good, user recomends you to use tn_fnds resampler for getting a clearer and more natural sound, since it works better with deep voices. If the song is too high-pitched, you should pull the notes one or two octaves down.

Speedy Torane was released on September 5, 2010, as a CV Voice Bank. With simple note configuration, his voice was deep, but muffled and not very clear, causing him to be overpowered by the songs. His official design was released on the same date as well.

On March 26, 2011, a VCV Voice Bank (later called Actrade1) was released, with several new notes and a better configuration. His voice got clearer and more powerful. Still, the voice became muffled depending on the song used and/or flags applied. A new design was released.

On August 26, 2011, 5 months after his VCV release, another VCV Voice Bank was released. This time, the samples were recorded in higher quality, with a much clearer sound. His voice became softer, but still deep. Also, he got several new syllabes, including the consonant sounds, which were configured separately. The consonants could be used to render songs in a reasonable Engrish, with a good pronunciation. Thus, a new, more modern design was released, based on the two previous versions.

On July, 16, 2012, Speedy's Kanjou (first called Kire) Voicebank was realased. This Voicebank has 4 different VCV Pitchs, is notable for having such a good level on realism and be more expresive than his older Voice Banks. It sounds also less deep than older VBs. This VB keeps Actrade2's design 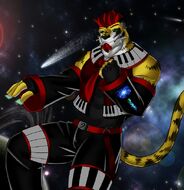 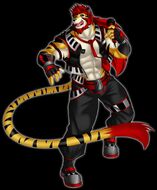 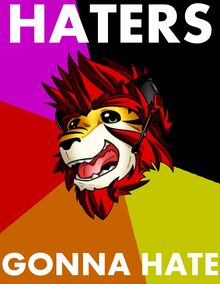 As Speedy Torane's creator, I decided to call his most recent Voice Bank Voyage. Because I like the name, and since I created him I wanted to have this name associated with him. Also, Voyage is his Actrade2 Voice Bank. Actrade stands for Act (because that's the term that is used when a change in an UTAUloid's VB occurs) and Upgrade (because it IS an upgrade). Now, some people said it is a dumb term, jokes have been made about it, but I don't care. Actrade is the name of Speedy's versions, and so it will be. Problem?

If you want to use Speedy Torane (in any of his versions), you're free to, for NON-COMMERCIAL use only. For commercial use, you need to ask for express permission from the creator, through the email: ttspeedy[at]hotmail.com. The production of fanarts of Speedy is widely approved, and, in fact, encouraged. No restrictions are imposed by the creator related with the fanarts contents. However, you are NOT allowed to change his physique's concept, his personality, or his Voice Bank!

Special thanks go to tady159 and Myokuju, for their help with Speedy's CV Voice Bank and Speedy's Actrade1 Voice Bank, respectively.

This article is written and certified true and correct by the author of the character. The details seen here may be subject to change without prior notice.