2050, Japan now had a great technological progress and since the axis won in the WW2, people's minds have degenerated to the point of making them commit illegal acts very frequently. But in all of this we will talk about Hans Schulz and his family consisting of Sonnenrad, Teishu and his cat Schneeflocke (abbreviated to Schnee)

Nobody knows the existence of the semi-deads, they are rare, almost non-existent. Often they died from: trauma, political issues, misadventures, suicides, overdoses ... Like everyone else! Nothing changes in the way they die. But somehow the world is labeling them with a new name, giving them a second chance, even if they don't deserve it. The matter seems to be random and at the same time uncertain, to humans still alive they seem perfectly the same as they always have been. Instead to other half-dead or to themselves they appear absent of irises and with totally sharp teeth. Some even change the color of their skin, they begin to look much more corpse so that they can be almost unrecognizable from what they were in life. Some can even speak with people's minds and often almost all of them also have transformations that can make them stronger in case of defense.

Nachiso killed himself due to the depression accumulated over the years, he suffered several abuses

WARNING: INFORMATIONS FILE IN THE FOLDER IS OLD, ONLY TRUST THE WIKI 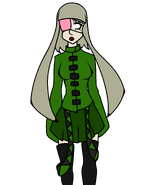 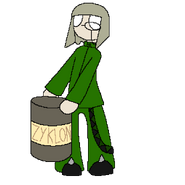 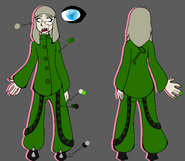 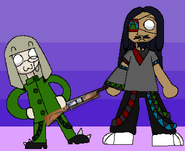 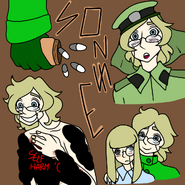