Mitsuhisa Inune is a canine that shows emotion boldly, you'll easily know if he's happy, angry, or sad. He is a pop star singer wannabe. He often tries to imitate other's voices. Until he finally gains courage to show the world his own voice! At first.. He may appear shy and silent... Once you gain his trust... HE'LL BE THE NOISIEST ONE IN THE ROOM. He always do things the crazy way. But of course, he has a gentle, understanding, and caring heart.

He sounds Good at mid pitches and can reach high notes with no problem.

Mitsuhisa Inune was first recorded with a unstable Microphone. The Creator was new to VB Making, making it's oto.ini a mess. The Voice Quality is okay and was liked by certain persons. His first Demo Cover was with a duet with Vocaloid MEIKO singing "Tsugai Kogarashi". It was featured at DeviantArt for making new and unknown UTAU known.

However, this recording was discontinued and the creator rerecorded the voice.

His first demo can be found HERE

Mitsuhisa Inune was released on March 23, 2014, as a CV Voice Bank. With a failed note configurations, his voice was unstable. But this was later fixed by Sparrow, the owner of UTAU Onen. Mitsuhisa has a bright pronounciations and sounds. The VoiceProvider did not have a permanent singing voice because he could imitate voice easily causing each recording session to have some different voices. He could sing a Female voice causing the voicebank to sound terrible and funny at low notes. His official design was released on the same date as well.

His first VB's demo is featuring the song -ERROR originally sung by Vocaloid Lily. The creator did not know what the uses of "Overlap" and "Top of Note" are, but this was later fixed.

The demo song can be found HERE

A SoundCloud Account  was made by the Creator, making it the main cover song storage for Mitsuhisa Inune.

The song can be found HERE

Mitsuhisa's CV VB was converted into a CV-VV VB with proper configuration by Sparrow. (It still works like a CV). A signature song was made to mark his VB Conversion.

The song can be found HERE

​Mitsuhisa Inune DARK append is released as of June, 14 2013 as a CV Voice Bank. It's more natural sounding because it is the more natural normal voice of the voice provider.
A new concept art is released along with it (credits to nanchuxnanchii).
The oto was polished (thanks to Ryan-kun) 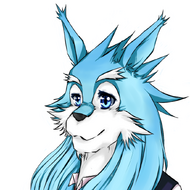 Thanks to Sparrow for making and mixing the Signature song. (Yume no Hajima Ring Ring) and Also for configuring the oto.ini to CV-VV

If you want to use Mitsuhisa Inune , you're free to, for NON-COMMERCIAL use only. The production of fanarts of Mitsuhisa is widely approved, and, in fact, encouraged. No restrictions are imposed by the creator related with the fanarts contents. However, you are NOT allowed to change his physique's concept, his personality, or his Voice Bank!