Maxel Berry(マクセルベリー) is a voicebank for the UTAU program.

Maxel Mason Berry is a small albino man that takes the role of the Army Doctor in the R.Wian Army. Even though he's the army doctor, he has adapted to doing activities that require both hands. Though he looks pretty dangerous, he still got his tasks done. Pretty ironic how the healer can be the most dangerous looking.

He doesn't associate with too many people. Only a small group of friends. He is often really shy and speaks in a soft spoken voice.

He's the 2nd to last member in the R.Wian Army.

Maxel is pretty stubborn and it's hard getting to know him can be tough unless he feels the need to trust.

Maxel came from albino parents, Jonas Berry and Wendy Berry(Both deceased) but had no siblings.

Maxel used to be a former test subject hence his blade arm and spikes.

Maxel Berry is Albino so he has white hair and very pale skin. He has sensitivity to sunlight and avoids the beach on hot days.

Maxel mostly associates with the people listed above.

Maxeloid deriving from Maxel was an experiment voicebank for Maxel Berry. Maxel is a short and small boy despite being 21 years old.

He is albino and usually is very shy and sensitive. He tends to come off as tense and angry and overall Tsundere type of behavior.

Getting to know past it, he's actually really sweet. Maxel was a former test subject that was trained to be a super soldier, however

it never pulled through but he still learned combat and also learned how to do medical procedures. He also wanted to become a doctor, inspired by his father.

His father died finding the cure to a disease and Maxel vowed to take care of his parents, but it was too late. Maxel then lived out his days in the facility but was taken in by the head scientist.

He then learned more and more about medical practice. When the Head scientist, Doctor Shultz died of a heart attack, Maxel was alone and inherited the Doctor's belongings since he promised

Maxel and that he treated him like his own son. Maxel was all alone again but someone found him in the big mansion that he now lived in. A boy named Hybrid Kaiju came to the mansion that day. They got along very well and Hybrid offered to be his caregiver since they both really enjoyed each other's company.

Maxel agreed and over the years, they became lovers.

Maxel's voice is known to be high pitched, raspy, and soft. He himself doesn't really like his voice, but not much he can do to change it.

Before I was Born (Duet with Hybrid Kaiju)

NO 18+ of this character

No claiming this character as yours

No using this character for political, religious, racist, sexual, or offensive content

No asking for his voicebank since he is a private utauloid.

Absolutely DO NOT use this character for fetishes. No matter how innocent the fetish is. 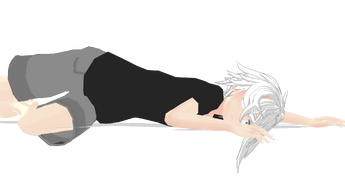