MEAST was released on 1 January 2018. She had a basic CV voicebank and a soft append, both missing phonemes and monopitch. In 30 October 2019, she was announced to stop being distributed and updated, and to be replaced with Kido_MuseOfSpace.

However in 26 March 2020, there was announced a comeback for MEAST wich would include: new artwork(s), a remake of the voicebanks in multipitch, and a VCV.

In 4 of April, 2020, a VoiD append was talked about, but not confirmed. It would be a screamo voicebank as a reference to the discontinued MEAST_GWL.

MEAST_BoDY was released in 5th April 2020 for beta testing.

MEAST_BoDY changed name to MEAST [BODY], not a great change. On 25th July 2020 her main Voicebank was fixed and reuploaded. On her official website, it was stated that [VOID] would become a mash-up of voicebanks instead of a growl append.

MEAST has been inspired by genetic experiments, resulting in a failed experiment wich lead her to have multiple eyes and mouths.

All the provisions below shall be applied to the voicebank, Meast. 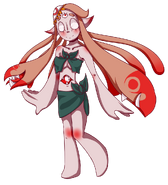 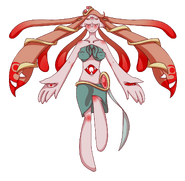 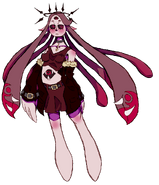 Retrieved from "https://utau.fandom.com/wiki/MEAST?oldid=208004"
Community content is available under CC-BY-SA unless otherwise noted.