Dorothy Ghoul is a voicebank for the UTAU program.

Dorothy is not really a very stable shadro. He lives in constant fear that she will one day lose what she believes makes her "normal". She spaces out more than anything and most of her time is spent hiding away from other shadro so that she does not hurt them, or herself in front of them. She is depressed and envyous to others, and has a hard time opening up about herself and trusting other shadro not only with her secrets, but with herself. Dorothy is also very introverted and when she is out she fakes so many emotions and feelings.
She was once a beautiful girl, but one terrible day she got into trouble - somewhere in the slums, some kind of generously tested a new mechanical device, and it exploded, hurting nearby masterpiece, which turned out to be Dorothy. Shards hit her face and severely distorted her hands.
Unable to endure her permanently twisted appearance, she went to the cemetery of the blue consulate to rest in peace there, however, through the solar cycle, many of the remains there were disturbed by Nicholas. Dorothy did not become an exception, having risen as a ghoul embittered by the world. However, due to the fact that there was still not so small amount materia units in her, she managed to maintain at least some normal mind.
At this moment, she had to hide in Blue part of Shado, stalkering one of the hunters. 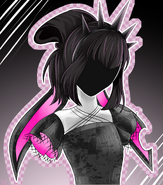 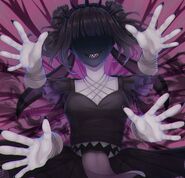 Retrieved from "https://utau.fandom.com/wiki/Dorothy_Ghoul?oldid=212923"
Community content is available under CC-BY-SA unless otherwise noted.