VA410-C/L is Indonesian utauloid with sundanese ethnic theme. They first mascot was designed by Ara Shinju with modern-traditional appearance, named Cecep for VA410-C and Lilis for VA410-L. "Cecep" and "Lilis" is from sundanese word, Kasep and Geulis, that means "Handsome" and "Beautiful".

In 2011, Tiar, their creator and voicer planned to made an utau which "similar" with Kagamine Rin/Len but hasn't enough time for completed the voicebanks. She began to recorded some voice on March 2012 and released the voice sample, and named it "Tear". Exactly, Tear is the boy, although his voice isn't too masculine. Then she never completed his voicebank again.

In October 2012, she try to recorded new one and began with childish-girl voice then recorded new "boyish" voice. Finally, they was released on October 28th 2012 in one package (one RAR file that contain two voicebanks) exclude oto.ini settings.

Include sundanese "eu" phonetics that pronouncation is almost similar with japanese "u". But some japanese phonetics such as rya, ryu, etc still not included yet. For middle-low range, recommended to use VA410-C and use VA410-L for middle-high range song.

Cecep & Lilis accent are good enough for speak in Indonesian [TALKLOID] and might be good too in sundanese. Proto VB series purposed to introducing their vocal's character. Both have a significant difference type and recorded separately, not from pitched [TALKLOID] . For better peformance, flag it or (re)setting it's oto.ini.

The upcoming voicebank of Cecep & Lilis with capability to sing in English.

( "+" symbol pronounced as "tum-bee-hun"/"tambihan". Means "plus" in Sundanese.) This series was released in three different types, also can be called as Append version of VA410-C/L. 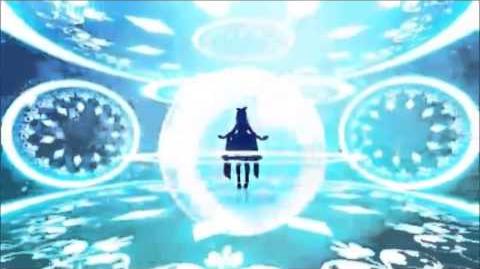 Retrieved from "https://utau.fandom.com/wiki/Cecep_%26_Lilis?oldid=210643"
Community content is available under CC-BY-SA unless otherwise noted.