https://utau.fandom.com
Bolly Joel is a joke voicebank for the UTAU program.

On April 22, 2019, Bolly Joel was released. He is a joke bank with 3 different moo samples at different pitches and two types of breaths.

On April 22, 2020, Bolly Joel CVVC was released as a multiexpression update to Bolly Joel's character. He has several expressions and an exvoice folder.

Bolly Joel was manufactured by Miyuki Masara, in an attempt to genetically engineer a cow the size of a hamster.  Bolly Joel was the result of the experiment, and a resounding success at that.  Miyuki studies him daily, and takes good care of him.  Despite being the size of a hamster, he's still a cow at heart.  He has to be milked twice daily, and produces 0.01 milligrams of milk each session.  He can only be fed grass, hay and the occasional cheese cud.  Miyuki has taught him various tricks, such as rolling over and playing fetch.  He loves playing with people and being given love and attention.

Dislikes: Loud noises, being squeezed, being laughed at

Bolly Joel's voicebank is and will always be free for usage in the UTAU program.

Bolly Joel was first used by someone other than GraySlate on April 27, 2019. EternalFlame uploaded a cover of minato's song Magnet using Bolly Joel and their UTAU Meowloid. 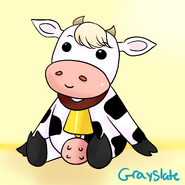 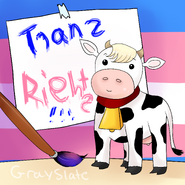 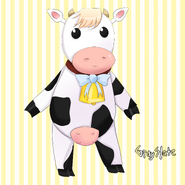 Retrieved from "https://utau.fandom.com/wiki/Bolly_Joel?oldid=213242"
Community content is available under CC-BY-SA unless otherwise noted.