is a FURloid (UTAU). At the moment she doesn't have a defined voice.

even though she doesn't have a defined voice, her voice can be made by 'CeVIO', using the voice of satou sasara with some minor adjustments.

A very friendly 16-year-old pink fox, but a little shy and awkward when she meets someone new, she likes to sing, dance, play and make sweets and hates being alone and the dark

sometimes, when things don't go the way she wants or when she is very nervous, she says things like "やんぱっくざ！" and "わわわ〜、くりくりくり〜！" she loses control and doesn't even know what she is saying 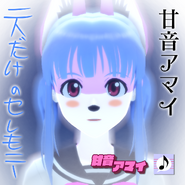 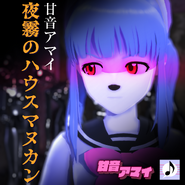 full body
Add a photo to this gallery

Retrieved from "https://utau.fandom.com/wiki/Amane_Amai?oldid=213759"
Community content is available under CC-BY-SA unless otherwise noted.