Yumina Akita (秋田 ユミナ(あきた ゆみな)) is a voicebank for the UTAU program.

She was created as a neko-type character.

She is a half Japanese, half Filipino UTAUloid with a blur voice that her friends make fun of, but the reason behind this is all because of her cheap microphone. She is also sometimes made fun of her shortness, but as time goes by, she learns to be fond with it. She is refereed to as the most organized and sensitive person in her group of friends. However she has her own secrets and a dark past.

She is also the type who is usually in the middle, who doesn't take sides most of the time in order for her not to make an argument much worse. Instead, she finds the main reason why, and talks about it. And she may look a bit happy, but sometimes, she gets crazy making her a combination of Tsundere (main dere), Yandere, and Kuudere.

And she loves eating an ice-cream sandwiches shaped as a cat's head (similar to Cookie Cat from Steven Universe) but called "Neko Candy" here.

All the provisions below shall be applied to the voicebank, Yumina Akita. 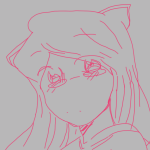 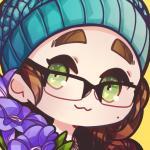