A CV voice bank that was recorded without an accompanying oto was used while under the name Akane Michi. It's unkown to where its whereabouts are and if there was any evidence of it left. A soft append bank named 'Lullabye' was also lost.

The first VCV voicebank was created with one pitch around August 2016. The voicebank was discontinued shortly after due to low quality.
Late 2016, the PILOT bank was released. It included 3 pitches recorded in VCV and is currently the default voiceebank used for Akane Michiko. PILOT was officially released September 15, 2016

Early 2017 was the release of her first and only append bank ARRIVAL, which was a soft 3 pitch VCV

A new bank under the name -AIRLINE- was started in late 2018/ early 2019 and is in the mid-late stages of production.
The voicebank -AIRLINE- was released in May of 2019 while all other voicebanks (PILOT and ARRIVAL) became discontinued and unavailable for download. 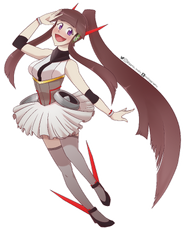 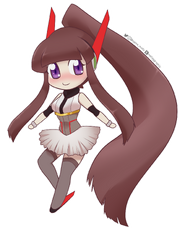