https://utau.fandom.com
Adrien Piano has an Arpasing voicebank for the UTAU program.

Adrien was first released on September 17, 2020. Adrien is monopitch and the first Arpasing bank from the creator, GraySlate. Adrien originally started as a joke among friends that was a male counterpart to Eleanor Forte, but evolved into a fully completed voicebank.

Adrien was born to Patrice Mezzo-piano and Brandon Pianissimo, who are part of the well-known, wealthy Piano family.  Adrien’s parents nurtured his love for music in his childhood and he learned to play piano and several other jazz instruments.  Jazz music theory came easily to Adrien, and it always excites him to talk about it with others.  Adrien has always been soft-spoken and reserved, which mirrors his parents’ attitudes.  He developed a love for botany and loves to grow flowers.  He is currently a jazz student in college.  Adrien has an obsessive crush on fellow student Eleanor Forte, and constantly tries to win her affection through whatever means he can.  Adrien usually won’t realize if others are using him as he is innately kind and generous.  He will be willing to do favors for others or even give away items if he’s prompted to.  Adrien spends most of his time writing poetry, gardening, and playing his various instruments.

Adrien's voicebank is and will always be free for usage in the UTAU program.

It's unsure how many people have used Miyuki, but to date Miyuki is the most-used UTAU GraySlate has made.

Adrien's bank is in zip format.

Adrien Piano can be downloaded here: 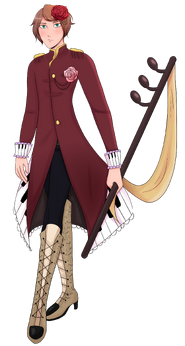 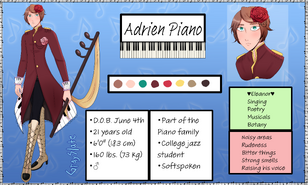 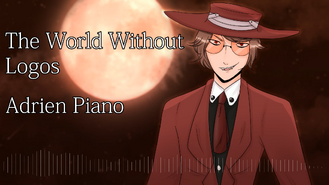 The World Without Logos Thumbnail by GraySlate 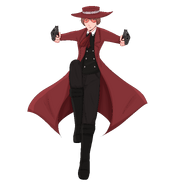